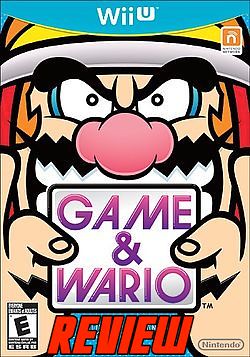 I know this game came out awhile ago, but I just got it for free from Club Nintendo! So, I thought that this game would be ok, but it turned out to be better than I thought! The games use the GamePad in many creative ways, and they can sometimes be very fun! One of my favorites was Taxi, where you drive around trying to shoot down UFOs and while still trying to make money! It used the gyroscope and all of the buttons very well! Some were ok, but a little bland. An example of this was Kung Fu, where you had to jump from platform to platform while trying to save your energy. But, some were really boring or bad. One of the boring ones was Design, where you literally had to draw shapes and lines. The game would say something like ‘Draw a circle with a 2.5 inch diameter.’ Is that really a game? I haven’t tried the multiplayer games yet, so I have nothing to say about that. Overall, this game has a good mix of creative games, with some bad ones thrown in the mix. I gave this game a 6/10. It has it’s moments, but has some boring games. Thanks for reading, and bye!

The Capitol People (The Hunger Games)