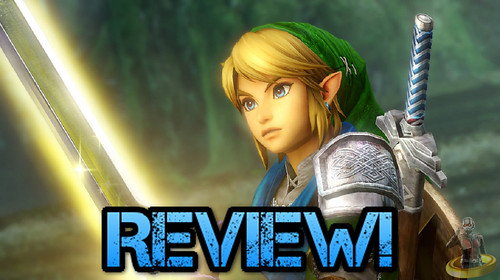 Hyrule Warriors is a Dynasty Warriors spinoff, but with Zelda character. But the name that I like to call is Zelda Generations if you catch my drift. This is because this game is a lot like Sonic Generation in how they celebrate all things Zelda, the playable characters, the enemies, the equipment and items, and the areas are all throwbacks to all the old Zelda games! There is even this mode that is like Classic Zelda, but I don’t play it that much, I play the story more. Now let’s get to it!

Good: I really love that they have all these different characters to play as, like most Zelda games, you just play as Link, but now I can play as Impa, or Zelda, or even Ganondorf! The gameplay is really fun with a lot of crazy combos that kill a TON of enemies! And as much as I’ve played, the story’s pretty good. But I think one of the best things about this game is the multiplayer, it’s really fun to slash through enemies with your friend!

Bad: Now as the fun as the multiplayer is, there is lag when you and your friend get farther and farther apart. I also think that the bosses are kinda lame, they’re just boring…

Overall: Even though I have not beat this game yet (because I’ve been playing another certain 3DS game that waaaay better) I can’t really comment on much, this is just my initial reaction to the game. Overall, I give Hyrule Warriors an 7/10. If you have the cash, spend it on Smash, if you have the cash and already have Smash, then this is a pretty great game for a Zelda fan.